In this exciting article, Dr. Bozesan, makes the case that human life is becoming more complex every day despite the conveniences of modern life and shows a way out through Integral Investing. Between exponentially growing technologies, political radicalization, overpopulation, refugee crises, and climate change, we must constantly mitigate our time between making a living and ensuring a life worth living. It does not seem easy and those who superficially observe the world through the lens of mass media, whose job is to attract eyeballs to their advertisers, could easily be blinded by news about instability, disasters, and uncertainties rather than the good. Negative news seems to sell better than positive ones due to our cognitive bias and therefore represent the bulk of daily broadcasts, which push apocalyptic news.

The amygdala, a fragment in the human brain, appears to be the major culprit because it is responsible for detecting fear and preparing us for an emergency response in order to ensure our survival. The result: Psychological disempowerment, fear of the future, hopelessness, aggression, political and economic powerlessness, assault on democracy.

Today, people have a greater chance of digging their graves with their teeth through an unhealthy lifestyle caused by diabetes, cancer, cardiovascular diseases, suicide, or old age rather than starvation, terrorism, war, or infectious diseases. During the past two centuries since the dawn of the Industrial Revolution, we were collectively capable of creating unmatched abundance. Today, the gap between developing and developed countries has been largely eliminated and the majority of people in the world have the same standard of living as people had in the Western world in the 1950s. Needless to say, that none of this progress would have been possible without human curiosity, ingenuity, determination, a willingness to grow beyond oneself, a sense of wonder and purpose, and, of course, capital.

This is the aim of the AQAL Group, an integral investment multi-family office, who launched in October 2017 the Investmentwende, the investment turnaround.

The article shares various success stories and how we invest in Realwirtschaft following our motto of the 6Ps: The Parity of People, Planet and Profit with Passion and Purpose. Our approach over the past 30 years has led not only to financial success and sustainability but also to positive cultural, social, ecological and a high happiness impact.

Do you want to join us, to grow personally, and to co-create a world worth living in for many generations to come? Then have a look at integral best practice companies like NDC Datacenter and Green Heritage. And call us, get inspired, and make your life a masterpiece!

« Previous Post Secrets to Wealth and Impact Next Post » Dr. Mariana Bozesan invites you to the 50th Anniversary of the Club of Rome

Dr. Mariana Bozesan is Europe’s Female Investor of the Year 2019 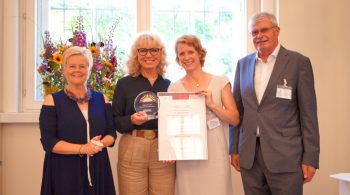 Dr. Mariana Bozesan is Europe’s Female Investor of the Year 2019 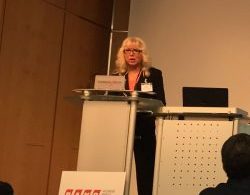 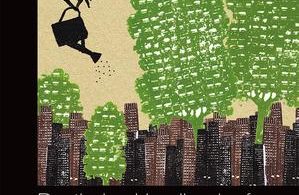