The AQAL founders with their team combine more than 95 years of private equity and venture capital experience, 65 years of impact investing and venture philanthropy expertise, and 95 years of entrepreneurship know-how with profound sector knowledge.

We are global leaders in addressing today's Grand Global Challenges through the application of the United Nations Sustainable Development Goals (UN SDG) and the United Nations Principles for Responsible Investing (UN PRI) — The Environmental Social and Governance (ESG) criteria in venture investing. As former members of the G8/G20 National Advisory on Impact Investing for Germany, the International Integrated Reporting Council (IIRC), and contributors to the RIO+20 Earth Summit, we continue to be highly active influencers and participants in various initiatives including the Climate Emergency and the New Civilization Initiatives by the Club of Rome, the SEEDS Forum of Stakeholders modeling the transition to a low-carbon energy system, the XYNTEO Exchange, and TONIIC. 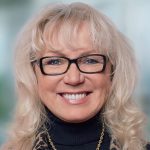 Dr. Bozesan is an award-winning integral investor and successful serial entrepreneur leveraging exponentially growing technologies to accelerate the implementation of the UN SDGs within Planetary Boundaries by 2030. She is the renowned author of Integral Investing: From Profit to Prosperity, a report to the Club of Rome and the World Academy of Art and Science (WAAS). The prominent alumna of KIT (Karlsruhe Institute of Technology), her Alma Mater, Mariana is also the recipient of the Golden Angelina Award, Europe’s Female Angel Investor of 2019, conferred by BAND, the German Business Angel Network and BAE (Business Angels Europe). In 2017, she was also named Best European Early Stage Investor 2016 by EBAN, the European Business Angel Network. In 2012, Mariana was awarded Full Membership in the prominent international Club of Rome and later became a Fellow of the prestigious World Academy of Art and Science (WAAS). Educated at Stanford University and KIT (Karlsruhe Institute of Technology), Dr. Bozesan earned an MSc (Dipl.-Inform.) in Artificial Intelligence and Computer Science from KIT and a PhD in Psychology.

During her 25+ years of investment and serial entrepreneurship activities, she became the co-founder of two technology start-ups, one health-care portal and two investment companies across two continents. Moreover, she has 30+ years of high-tech executive experience (Oracle and DEC now Hewlett-Packard) based in Silicon Valley, Paris, France and Munich, Germany. She has been a Venture Capitalist turned Integral Investor since 1995 and was one of the initial investors in CyberNet AG, the first publicly traded Internet company in Germany. To her more recent investments belong Entelios AG, the first German Demand Response aggregator recently sold to EnerNOC, and Penumbra, an Acute Ischemic Stroke (AIS) market leader. Mariana was also an early member of The Angels’ Forum in Palo Alto and the Munich Business Angel Network in Munich.

She is an advisor to several governmental organizations including German and Dutch ministries, the All China Women’s Federation, and the U.S. State Department. She was a speaker at and contributor to Rio+20, an advisor to UN ECE, the United Nations Principles of Responsible Investments (UN PRI), and the IIRC. The former Board of Director member of the International Museum of Women in San Francisco, has also been a Philanthropist since 1974 and is supporting more than 38 organizations worldwide. As an Impact Investor and a Venture Philanthropist, Mariana is Advisory Board Member to Ethical Markets, Abury, CxCatalyst, the Sustainability Labs, MetaIntegral, The Halo Impact Fund in Palo Alto, the German Environmental Foundation (Deutsche Umweltstiftung), the Spiritual Alliance to Stop Intimate Violence (SAIV), and the International Foundation for Science and Technology (iFEST).

Through her leading-edge experience in Integral Investing, Dr. Bozesan has become an international authority on integral processes and metrics in early stage investing. She published numerous research papers on Integral Investing and authored three books including The Making of a Consciousness Leader in Business and Diet for a New Life book series. Educated at Stanford University and KIT (Karlsruhe Institute of Technology), Dr. Bozesan has a Masters of Science degree (Diplom-Informatikerin) in Artificial Intelligence (AI) and Computer Science from KIT, and a Ph.D. in Psychology from Sofia University (former ITP), in Palo Alto, California. 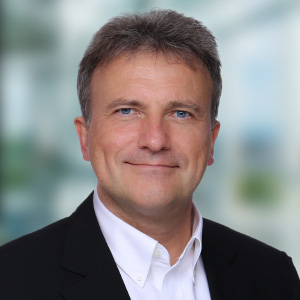 Tom Schulz has been an investor for more than 20 years and a serial entrepreneur for more than 40 years. His professional interests are focused on Entrepreneurship, Innovation and Integral Investing in CleanTech and Internet/ Software.

Mr. Schulz was co-founder and COO of Entelios AG, Germany’s first nationwide Demand Response Aggregator. Based in Munich and Berlin, Entelios has built a platform for managing thousands of commercial and industrial energy customers in order to provide reserve power, peak-shaving, and enterprise-class Energy Intelligence Software. This way, participants can earn green profits for their flexibility and grid operators can integrate more renewable energy sources. In February 2014, Entelios was sold to and became a 100 percent subsidiary of the worldwide market leader, the U.S. EnerNOC Inc.

Mr. Schulz was also a co-founder of the San Francisco–based CleanTech Circle, a group of serial entrepreneurs and investors with a passion for CleanTech.

In 1995, Mr. Schulz co-founded the first publicly traded, nationwide Internet service provider in Germany, Cybernet AG, where he served on the executive management board. After going public with Cybernet, he became an angel investor with the Munich Business Angel Network. Later he was an active investor with The Angels’ Forum, an investor group in Palo Alto that also manages the Halo Funds.

Prior to becoming an investor, he gathered more than twenty years of technical expertise and business experience. He worked at the Western Research Lab of Digital Equipment Corporation in Palo Alto on computer languages and on artificial intelligence and multimedia projects at Apple Computer in Germany. Later, he became a strategy consultant with The Boston Consulting Group at their Munich and San Francisco offices.

Mr. Schulz earned a Master in Business Administration (MBA) degree from Stanford University and studied Computer Science at the ETH Zurich and Karlsruhe Institute of Technology (KIT, formerly University of Karlsruhe), where he received a Masters of Science degree in Computer Science and Artificial Intelligence (Diplom-Informatiker). He founded the San Francisco Bay Area regional chapter of the KIT Alumni Association. 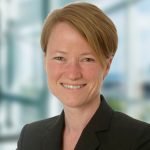 Member of the Supervisory Board AQAL AG 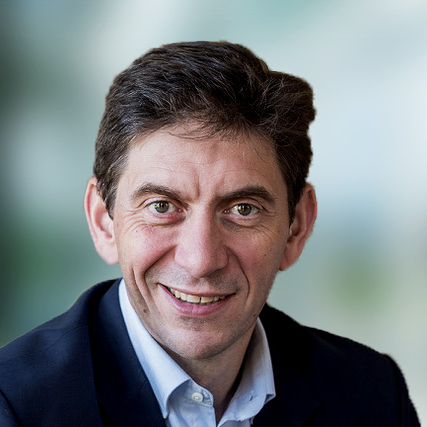 Education:
• Ph.D. in Environmental Economics, Master in Business Administration and Mechanical Engineering from the University of Kaiserslautern, Germany